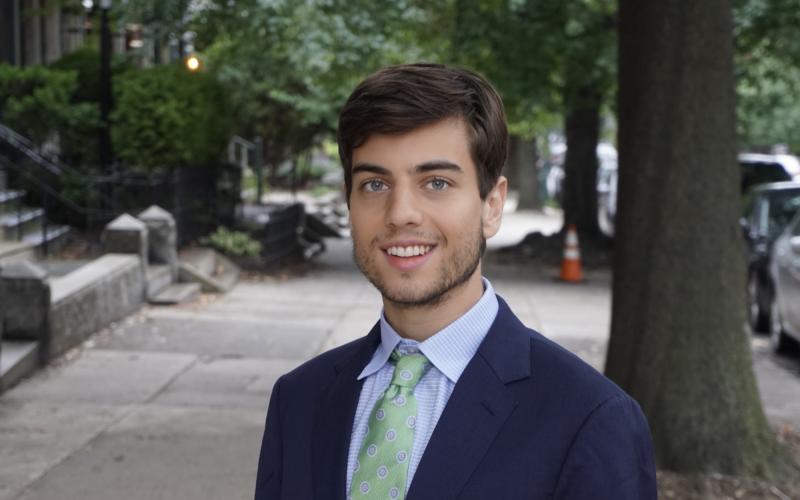 Ethan Kallett, a May graduate of the University of Pennsylvania, has been selected as a 2022 Yenching Scholar and awarded full funding to pursue an interdisciplinary master’s degree in China studies, with a concentration in economics and management, at the Yenching Academy of Peking University in Beijing.

Kallett is one of the 125 chosen from 27 countries to enroll in the one-year program in September. Six scholars affiliated with Penn have been chosen since the program’s inception in 2015.

From Vienna, Virginia, Kallett graduated with a bachelor’s degree with honors in economics, and a minor in data science, from the College of Arts and Sciences. He is fluent in English, Spanish, and Portuguese, and conversational in Mandarin. He has worked as a management consultant in Central and South America and Mexico at Bain & Company, EY-Parthenon, and Mandalah. In addition, Ethan has interned at FUNDES, a multinational non-governmental organization working with enterprises across Latin America.

At Penn, Kallett was involved in several projects through the student-run Social Impact Consulting Group, including helping to develop a reestablishment plan for an evicted Indonesian community center and as a junior board program for a nonprofit aiding LGBT asylum seekers. He was an editor for the Penn International Relations Journal and a summit coordinator for the Think Tanks and Civil Societies Program. He also was a student ambassador for the Effective Altruism organization One for the World.

As a Yenching Scholar, Ethan plans to analyze the impacts of technology transfer and enhancement of human capital on Sino-Latin American infrastructure projects, using economic data available from China’s Ministry of Commerce and at national economic data institutes in Brazil and Peru.

Kallett applied to the Yenching Academy with support from Penn’s Center for Undergraduate Research and Fellowships.