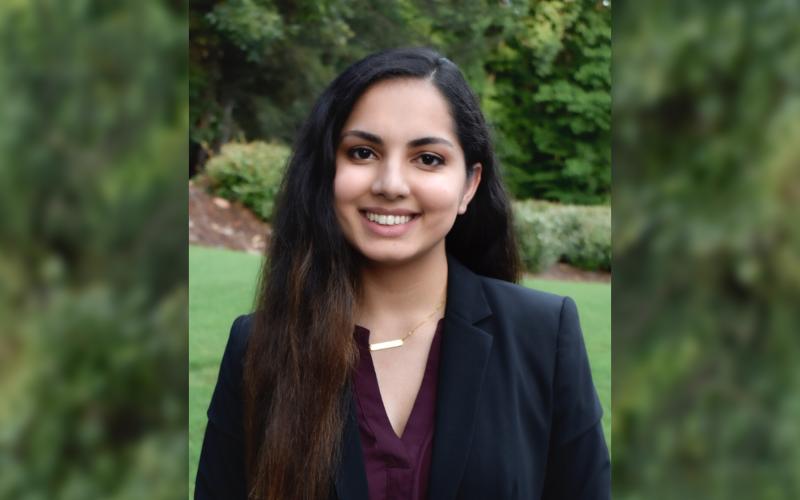 University of Pennsylvania senior Sakshi Sehgal has received a Harry S. Truman Scholarship, a merit-based award of as much as $30,000 for graduate or professional school to prepare for a career in public service.

Sehgal, from Atlanta, is among 62 Truman Scholars selected this year from 845 candidates nominated by 328 colleges and universities. She is the 30th Truman Scholar from Penn since the first awards in 1977.

While Truman Scholars are typically juniors, Sehgal was eligible as a graduating senior because she will be completing her bachelor’s degree in three years. She is a philosophy major with a minor in chemistry and has sub-matriculated into the philosophy master’s program in the School of Arts & Sciences.

Identifying as a first-generation, low-income student (FGLI), Sehgal advocates for FGLI-specific needs at Penn through her involvement with Penn First and as a New Student Orientation coordinator, leading panels about student resources and helping to distribute care packages to incoming FGLI students. Sehgal also serves as co-chair for the Penn Undergraduate Health Council, co-president of Global Women Empowerment, president of Penn Walks to Wellness, and as a peer manager for the College of Arts and Sciences Peer Advising Program.

Sehgal also has been deeply engaged in public service in Atlanta; she has interned at the Centers for Disease Control and volunteered with the DeKalb County Medical Reserve Corps, and the South Fulton County’s Behavioral/Mental Health Community Action Team.

A 2018 Gates Scholar and Jack Kent Cooke Scholar, Sehgal is committed to a career in medicine and public health, particularly the behavioral and mental health needs in lower-income populations. Accordingly, she plans to pursue both an M.D. and an M.P.H.

The Harry S. Truman Scholarship Foundation was created by Congress in 1975 to be the nation’s living memorial to the 33rd president. The foundation has a mission to select and support the next generation of public service leaders.

Sehgal applied to the Harry S. Truman Scholarship program with assistance from Penn’s Center for Undergraduate Research and Fellowships.